Physics Wallah, reknowned for giving quality education for all, that is for free or at the lowest cost, made an exciting announcement for its student, on his YouTube Channel of Physicswallah Alakh Pandey has announced the Physicswallah Grand Festival which starts from 9th September 2021 to 14th September 2021.

In his video PGF – The Biggest FESTIVAL of the Year is Here 🔥 Ab Ye Karke Dikhao !!! he’s seen with mentioning about his journey of the success of Physicswallah on how his channel started from a small room to becoming the one of the successful Edtech which has a userbase of 5.53 Million people across YouTube at time of writing this article

Later on Alakh Sir reveals that how he wants Physicswallah’s progress to continue so he’s here on the YT channel anouncing the Physicswallah Grand Festival.

Let us take a close look of what has he offered in this PGF fest.

The major announcement that came out from Physicswallah for this PGF is that they will be offering Buy 1 Get 1 Free Batch for any Course which has 1.0 and 2.0 versions on the PW platfrom. Personally I was surprised from this decision as you will never obeserve this type of announcement in any Indian edutech till now. 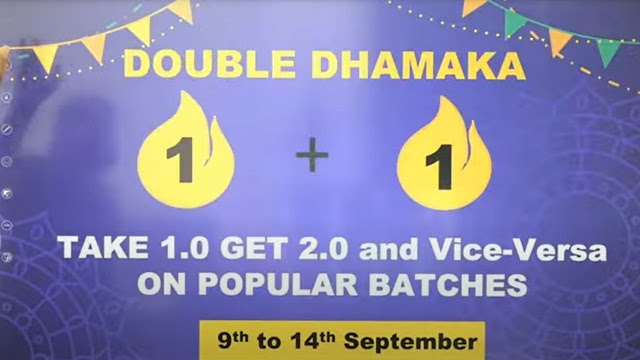 The Double Dhamaka on Physicswallah offers an extra batch to whoever purchases any batch during the Physicswallah Grand Festival. Make sure that this is only applicable for batches having 1.0 and 2.0 versions. This means that the students will get two 1.0 and 2.0 batches for Arjuna JEE,Arjuna NEET Lakshya JEE, Lakshya NEET Prayas Batches during 9th Septmeber to 14th September 2021.

Students who had purchased any of the batches earlier like Lakshya JEE students will also be applicable for the Double Dhamaka that is an student who has the above mentioned batch will get the subscription of  2.0 version if they have purchased 1.0 version earlier or vice versa, in the next 48 hours

If any student had purchased both the batches then they will get a refund for one batch in the form of reward points in their Physicswallah Account. The reward Points can be used to purchase batches, tests, etc. on the Physicswallah Platform by 1st week of October

At the end of the video, Alakh pandey Teased a poster of Pathshala Coming Soon. It will be interesting to see what will Pathshala have? and will it be another Youtube Channel or a Youtube Batch or anything else! 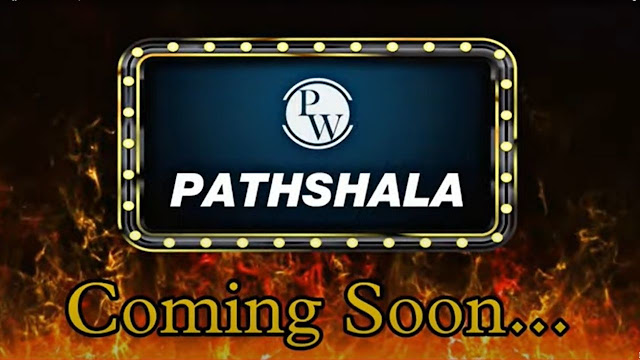 Now in INDIA – in ur city too.

As we see Physicswallah’s Pathshala has some connection of offline launch of PW centers, will it be his coaching centres offline or something else it will be interesting to watch. Moreover if offline centers are launched then will it be that affordable as to maintain such offline centers will require quite a good amount of money.